Too high, too soon

A recent dinner party conversation set me thinking about when education changed. In many systems, schools and classrooms around the world, education has been synonymous with “success in life”, even if most of those places seemed to be failing many young people. When I was a student, many of my friends hated school and left early. However, for them, there were other educational opportunities, as well as almost full employment, and most have done well for themselves during their lives. So, even though teachers and parents tried to make school high stakes from about year 8 onwards, for most young people, it wasn’t.

I was fortunate enough to have begun teaching in a country town, just out of Melbourne, at a time when educators had a say in what was going on in schools. However, my school seemed to be untouched by the wonderful ideas about learning floating about at the time, but I still loved teaching science.

Way back then, it was possible to actually educate* young folk up until the end of year 10. There was a curriculum to follow, of course, and it was pretty much “chalk and talk” with some experiments thrown in, but there were so many opportunities for following up on students’ questions and interests. The “serious” stuff of preparing students for exams was left until the final two years of secondary school.

That all changed sometime after I moved to my second school. This was a school in which colleagues talked about student welfare, learning styles and interdisciplinary learning, all alien concepts at my previous school. It was a fabulous learning experience.

However, out in other schools, there seemed to be an emerging opinion that students were “not ready” for years 11 and 12. This often seemed to come from teachers who only taught the senior years, and felt that their colleagues who taught year 10 and below were somehow letting them and the students down. The inevitable consequence of this notion taking hold was that year 10 became “serious” – schools even began to teach the year 11 curriculum in the second half of year 10, putting pressure on year 9 and downwards. Gradually, year 10 became high stakes.

The flaw in the idea that students are often deemed to be “not ready” for the next stage of schooling is to ask the question “What is the purpose of that next stage of schooling?”. Surely, it is for young people to acquire the attitudes, skills and knowledge expected for that stage? Strategies for reliably determining prior knowledge should provide better starting points for teaching and learning than page 1 of the textbook. However, finding out what students already know and can do is a waste of time when teaching and learning involves all students ploughing through “the curriculum” at the same time, via textbooks.

The trend of moving curriculum back a level has been aided and abetted, albeit unknowingly, by politicians, parents and many teachers who still cling to the myth that high exam marks bring success in life and that, therefore, education is about high academic achievement.** In New South Wales, for example, there is a growing trend of secondary schools becoming “selective” based on the dubious proposition that a student’s academic achievement will be best in a school with only “good” students. So, for many children, grade 6 is now high stakes.

In Australia, with the introduction of NAPLAN, the national literacy and numeracy tests, grade 3 has now become high stakes for some children, because many schools are using it for the unintended use of sorting children.

Then, there is the push, in many parts of the world, for children as young as two years old to begin “school”. These pre-kindergartens are often not places in which children simply learn to explore through play and socialise with others – they do “serious” learning. Unfortunately, in many kindergartens and pre-kindergartens around the world there is a push for students to learn to read and write or learn a language before they actually begin primary school. There are institutions in which 4 year olds are streamed! There is no time for play-based learning, because education is already high stakes at this age. 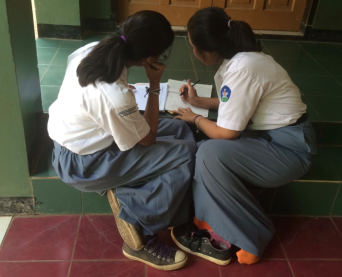 Mercifully, there are schools and school systems that view education as an opportunity for young people to learn the attitudes, skills and knowledge (in that order) needed to become useful world citizens. Children learn to think, appreciate and take action in these schools, and, as a consequence, still perform at their best when faced with the artificial academic challenges that conventional education systems throw at them. Educators in these places know that success on an exam is a very poor indicator of success beyond school (whatever “success” means). Teaching students to think, to create and communicate are recognised as the essential skills in today’s societies. As well, many stakeholders in education somehow  fail to recognise that resources for learning are no longer confined to schools and libraries. In a world in which we seem to be, increasingly, pulling the wagons into a circle, it is to be hoped that a focus on authentic, individualised student learning will create a love of learning and not a fear of failure and loathing of schools.

*  As in, teach them to think about things that were of interest to them and relevant to their present and future lives, and, sometimes, to even deviate from the curriculum to do this.

**Go here for one perspective on the pursuit of academic excellence.

MV Education Services collaborates with governments, organisations, schools and teachers to develop authentic student learning and make a difference to communities, societies and the planet.
View all posts by MV Education Services →
This entry was posted in Uncategorized. Bookmark the permalink.